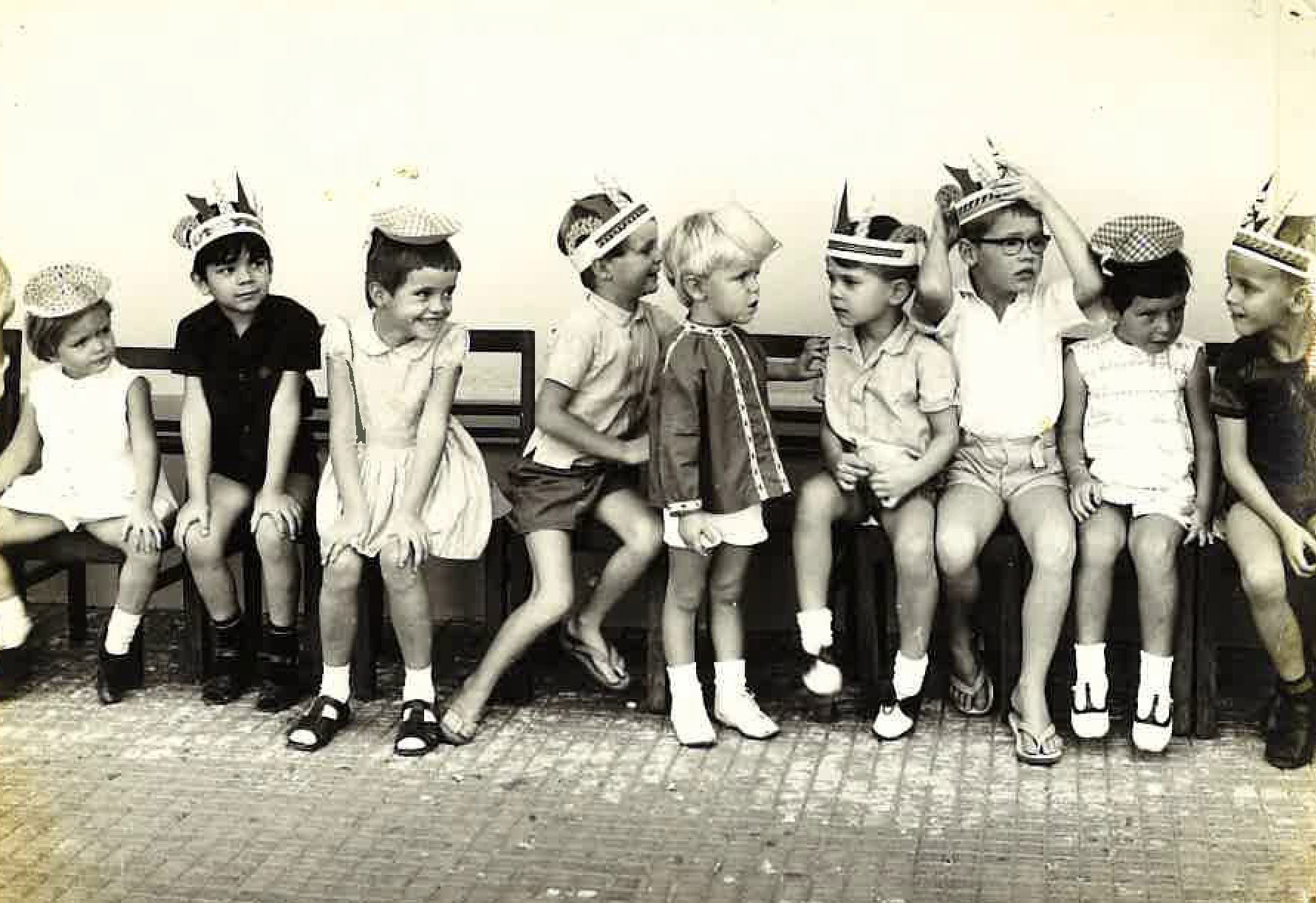 DSB International School was founded in 1961 as the Deutsche Schule Bombay, providing education for German families living in Mumbai. There were up to 125 students at the school during the 60's and 70's from Kindergarten through High School. Garden Campus still happily welcomes alumni from these years who are returning to Mumbai on holiday and wish to visit their old school. 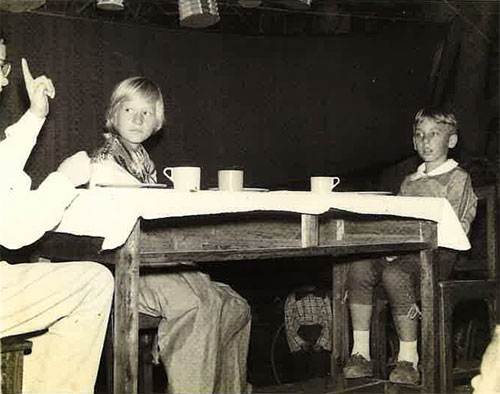 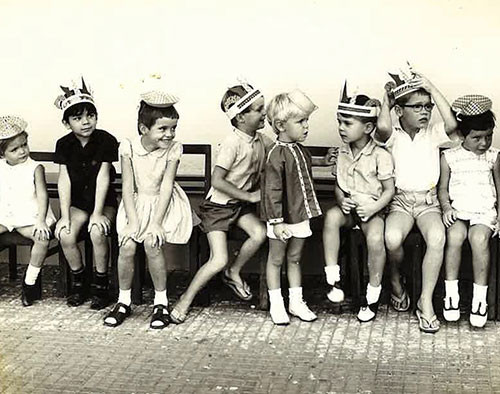 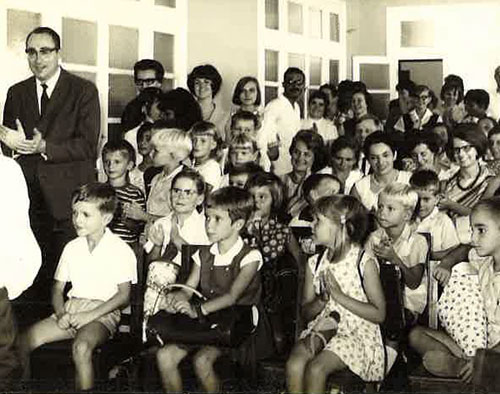 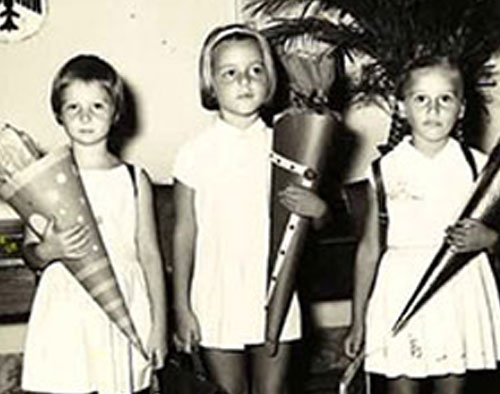 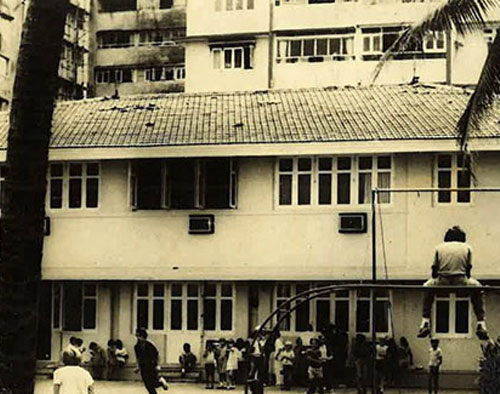 Founded in a bungalow on Malabar Hill in 1961, DSB has inhabited many locations. After moving into Garden Campus just a few years after foundation, DSB is proud to continue to have our Dorf Schule (Village School) in the Breach Candy Bungalow and Garden. By 1999, there were no longer over 100 German students studying at the Deutsche Schule in Bombay. The decision was made to introduce the National Curriculum of England, in English, to accompany the German Curriculum, and soon the school saw enrolment numbers return to the levels enjoyed in previous decades. The first expansion to accommodate the growing numbers of students was to Hormuz Mansions, just a few doors down from Garden Campus. It was here that the school was able to successfully run its first IGCSE cohorts and launch our Secondary School. Moving the Secondary School a few years later to Aurum House made offering the IB Diploma Programme possible. And, now, with our new Euro Campus, DSB International School is happy and excited to welcome all to our first purpose-built school building and looking forward to many great years ahead. 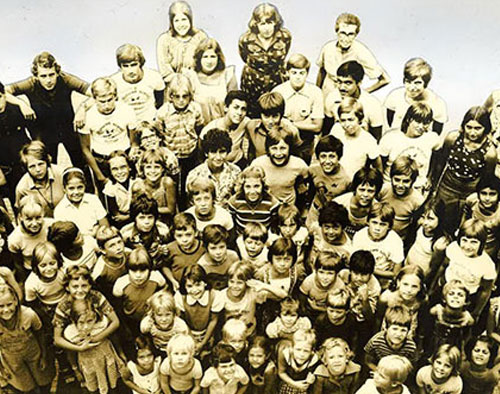 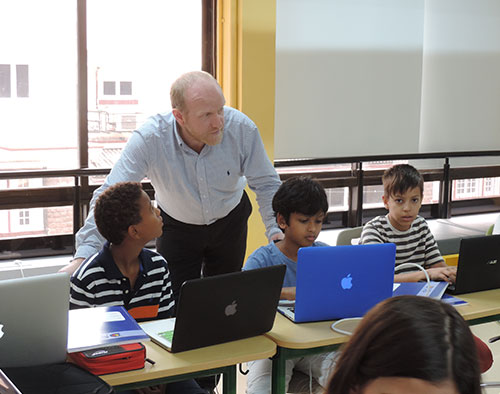 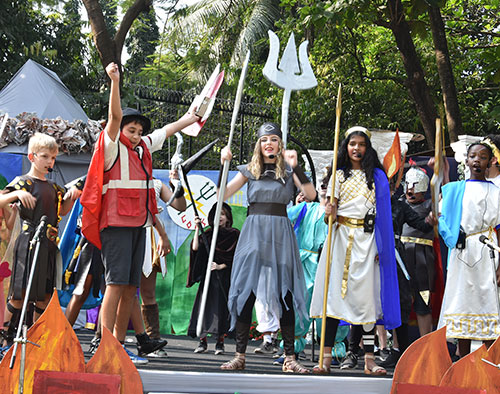 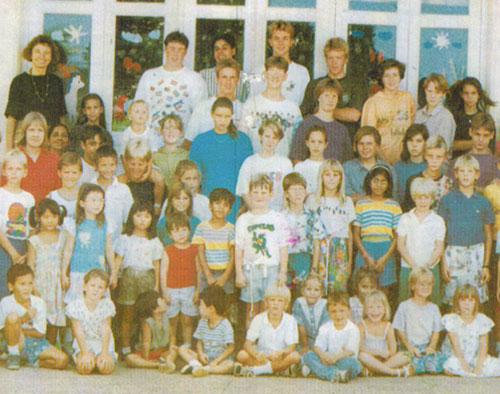 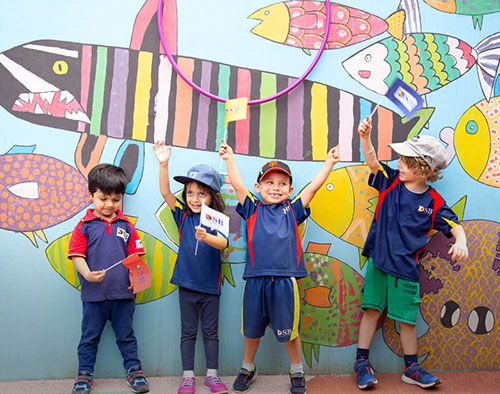 The drive from the airport to Breach Candy was the most amazing journey of my life. I was mesmerised by the ingenuity of the makeshift homes, the different generations of family units living out their domestic scenes on the pavement, carts drawn by oxen jostling with formally dressed business people, the pristine neatness of the uniformed school children, caretakers and security guards, the coloured saris and ankle bracelets of the street cleaners, the teeming crowds, the noise, the smells and finally the DSB. It was like coming across an oasis in the desert. Suddenly there it was, small, secluded, friendly and calm, like the best of all English rural schools, but with coconut trees and kites and that rarest of all sights in Mumbai – a lush green lawn.

My remit was to guide this little school from its German status to an Anglo-German school, a task which had already been started by my predecessor, the much respected Mr Gaumnitz. The first aim was to develop the first and middle years of the English curriculum up to Year 9. Four years later that goal was reached with much help along the way from a variety of sources, teachers, parents and board members, all with their individual expertise. A typical revelation happened when Mr Lalvani, who was constantly trying to tell us how out of date our IT system was, held up what, at that time, looked like the tab on his key ring and told the board that there was more memory and potential on this small object than on all our computers. Not yet used to memory sticks there was a stunned reaction. The new computer lab was set up during the following holiday! There were many other similar road to Damascus moments before we were truly on our way.

What pleased me most about the school was the ethos of tolerance and ecumenism. We all enjoyed the colourful Hindu festivals, traipsing off to see the Ganesh pandals, whacking highly strung pots on Krishna’s birthday and loving the naughtiness of the Hindu gods. Local teachers, like Anisha, patiently tried to teach us awkward Westerners basic dance steps for Dassehra, Muslims brought Christmas presents for the poor and laid them under the tree with gifts from other pupils of different denominations. We all visited mosques, temples, synagogues and churches with our pastor the amazing Rev. Heine who seemed to know everything about all religions and who had access to sites that we would never have known without him.

The contacts built up over the years quietly underpinned the work of the school from the world class printer Mr Weisinger, once a pupil, who masterminded our yearbook, to the well reputed and experienced sound engineer who enabled our pantomimes. It was just as well that we could relax about the technical aspects, as introducing our multinational students to this peculiar English concept was not easy. Finding two boys to dress up as the notorious ugly sisters was not too bad until the opening night. Abhik had grown his hair and delayed his family’s move to Dubai so as not to let the side down, but Alessio, once two balloons were stuffed up his lurid, lurex top, had a panic attack and it took much wheedling and begging to get him on stage where he was a great success. Classes rehearsed separately and sometimes, when the whole thing came together, there were unexpected consequences.

On one occasion, when Snow White was brought into the wood to be killed, a little kindergarten tree threw himself at the woodcutter yelling "Leave my sister alone!" We loved dressing up and there was never a shortage of opportunities to do so. Once at the Breach Candy Club playing crazy games in weird costumes I caught sight of our peons, sartorially dressed in mufti, and had no doubt that a casual observer would assume that they were the tolerant guardians while we, undoubtedly, were their charges. When it came to fancy dress I had no hope of playing a glamorous role so I went to the other extreme. Permanent markers can make teeth disappear but have to be allowed to wear off and are not so easy to explain when attending a meeting with other school principals who don’t necessarily understand our predilection for being someone other than who we are. Not so the Japanese, who seemed to come from their mothers’ womb already with an Equity card, lacking our Western inhibitions and ready to perform at the drop of a hat. Their performances were breathtaking and they joined any venture with infectious enthusiasm. Our talented and innovative art teacher, Frau Knepple, was never at a loss to think up activities that surpassed language boundaries. Drawn upstairs by the sounds of hysterical laughter, I once entered the lesson to find the children, each paired with a child from the other school, rolling about and shrieking as they tried to paint the soles of each others’ feet in preparation for a giant mural of footprints.

Back in their homes from the Netherlands to Kuwait, from Korea to the UAE, from Switzerland to Egypt, I wonder what memories these children will have of their time in the DSB. Will it be of Macbeth? Curling up with a book on the floor of the library? Writing haikus? Or of their many international friends and teachers? Whatever their memories, I hope they are happy and colourful ones. I know that mine certainly are and for that I am exceedingly grateful. I could not have been made more welcome, especially by the German staff and their Indian and local colleagues. Without their help and the help of the peons the school would have not been such a harmonious and successful place. After India life will never be the same again.

Congratulations Deutsche Schule Bombay on your 60th anniversary. Over a 60-year period the various school boards, parents, students, staff and school leaders have contributed to helping you reach this milestone. This is a very challenging era for the global knowledge economy, and private and independent learning institutions across the world. My understanding is that the current school leadership and the school board are doing their utmost to ensure DSB continues to provide a quality education to all its students at this difficult and unprecedented time. May you enjoy your 60th anniversary celebrations in the knowledge that better times are to come. Stay safe and well.

DSB is the best example of a school which works with the purpose in an era of change. DSB has diverse and compelling measures of success, measures that families and community members understand regarding the value of curiosity, inquiry and human change.

Our proud DSB students who know what is worth knowing and understanding, as we all speak the language of the children. It is wonderful to see DSB has produced students that can have personal and specific hopes for a future that they can articulate and believe in and share with others.

Each day I spent at DSB was learning and full of joy. Regular classes or project-based learning, exam time or field trips, exhibitions, TED talks and many more - everything was a wave full of enthusiasm for growing learning minds.

I am proud to be part of DSB International school, it is so close to my heart that I always call DSB "My School". All of us, students and teachers, believe and agree that this feeling of belongingness you can only experience at DSB.

I wish all the very best and heartiest congratulations to DSB international school for completing 60 years.

Thank you for all the support and encouragement.

My name is Patrick Pugh and I was the history teacher for DSB from 2014 to 2019. It was my first foray into international teaching but not my last. I remember DSB with very great affection. The school community, both Indian and non-Indian, were able to put nationality aside and work in a fantastically collaborative, cross-cultural environment. From the support staff all the way to the top of the management team, DSB felt like a family. I am still in contact with current teaching staff, students who I taught who have moved on to university, and parents. It is a measure of how DSB created an atmosphere that allowed everybody to feel they were a valued member of a team, fully focused on ensuring the very best opportunity for the young people in their care. Good luck for the next 60 years DSB.

Dear Howard & friends, A note of congratulations and celebration as Deutsche Schule Bombay marks 60 years of dedicated teaching and learning in western India.

As a Grade 4 Teacher fortunate enough to have taught at this magnificent school, I offer heartfelt blessings for its continued success on the occasion of this momentous anniversary!

To a community whose enlightened approach to education has given the world the most outstanding students of every subject and pursuit ~ where love for learning, appreciation for one another, and visionary care for our Earth are central threads to the most effective education : ~ Happy 60 years of prosperity! ~

May the DSB community continue to thrive and blossom, and continue to inspire students and families from around the world to dream magnificent dreams and cultivate peace and brilliance.

Aiming for Excellence - Valuing the Community