Nine members of DSB's Model United Nations (MUN) Club travelled to Madrid last week. They were delegates at the 32nd annual Harvard Model Congress, one of the World's oldest and most prestigious MUN conferences. Grade 11 was well represented with experienced MUNers although more than half the delegation was made up of younger first-timers. Every committee is chaired by Harvard University under-grads and their expectations are very high indeed. To say that DSB punches above its weight is an understatement.

Hriiday Aggarwal won an 'outstanding delegate' award in the National Security Council playing non-other than Mike Pence, Vice-President of the USA. Rukin Soonawala also won 'outstanding delegate' as Anthony Eden in the Historic Crisis Committee, with the events of Suez 1956 as the backdrop. Jai Johnson was pipped at the post but walked away with an 'honourable mention' for the same committee. His speeches as Nikita Khrushchev of the USSR were 'outstanding' but one suspects his portrayal of the leader of the communist bloc was so realistic the chair was scared. Anshuman Goculdas was superb as the representative of Equatorial Guinea in the highly charged UN Security Council. Carlos Simao, in his first MUNC, played Jyrki Katainen in the European Commission. He confidently directed several resolutions and is already looking forward to next year.

Arnav Seksaria represented FOX News in the Media Committee. This was a double-first as no DSB delegate has been in the Media Committee before. His article on Sudan and his video interview of a delegate from UNICEF are well worth a look. Khalid Hatia was an active participant in the House Science, Space and Technology Committee, playing Eddie Bernice Johnson. Zahan Panthaki represented Lithuania in UNICEF and was instrumental in the drafting of a resolution on child labour. Shloka Raghavan was a critical participant for Botswana in the UNHRC.

MUN Conferences are highly charged, offering delegates a fantastic opportunity to participate in debates on real-world issues with students from several continents. This year's conference included delegations from India, the USA, Venezuela, Mexico and several dozen from across Europe. It was a fantastic chance for DSB's representatives to mix with students from a wide range of cultural and national backgrounds.

DSB doesn't just go for the politics though. Social and cultural site visits are an important component of a MUN trip. After settling into the hotel on Wednesday morning, the group boarded the Madrid Metro and headed for Moncloa. A visit to the Museum of the Americas took in evidence of Spain's colonial past and was followed by a 100m elevator ride to the observation deck of the Faro de Moncloa for a birdseye view of the capital. Thursday included visits to General Franco's tomb at the Valle de los Caidos, Phillip II's winter palace, El Escorial and the Plaza Mayor. Before the opening ceremony on Friday, we found time for Real Madrid's Bernabeu stadium and the famous Prado art gallery. It is fair to say that by the time the group returned to Mumbai in the early hours of Wednesday morning, the delegates of HMCE 2019 had experienced a plethora of educational stimuli. 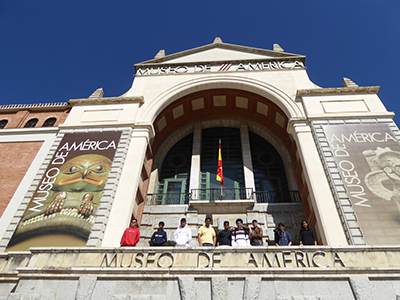 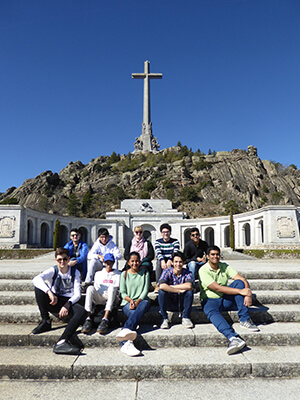 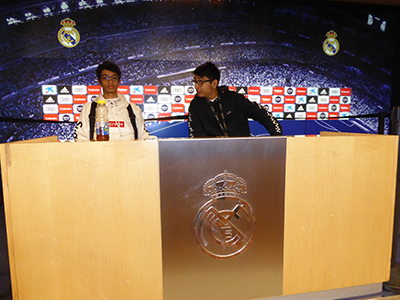 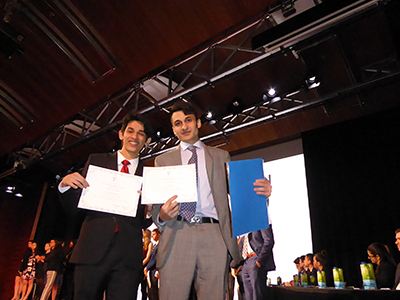 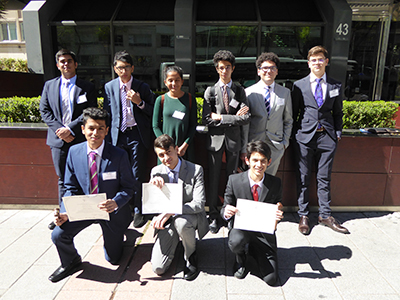 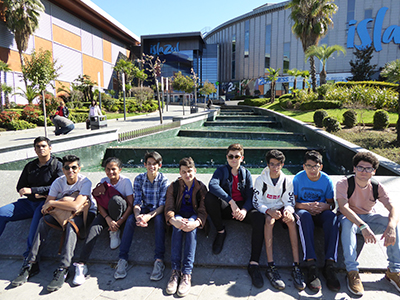