This event has already taken place. A video recording of the panel discussion can be found on this page.

Get to Know our Panellists:

Originally from a small town in Germany named Göttingen, Mumbai has been Helswind’s home for 23 years and she loves this bustling, diverse and multilingual city. She has also studied and worked in Hamburg, Berlin, Brussels and St. Petersburg. Languages have always been a passion for her and she has learned four foreign languages in school (Latin, English, French and Russian). In university, she studied Russian Language, Literature and Linguistics. This further deepened her interest and understanding of language learning and teaching. Her experience in school and university gave her a strong foundation to learn new languages later in life without a teacher (Hindi and Gujarati), which in turn helped her in her teaching. When she came to Mumbai in 1998, she started working as a German teacher at Max Mueller Bhavan. In 2000, she joined DSB International School and since then has been teaching in the German and International Section, from Early Years to Grade 12 in various subjects, but mostly German as a Mother Tongue and German as a Foreign Language. As Head of the German Section, she has also been involved in developing the German curriculum and a language policy.

Maria Kurkova graduated with honours from Moscow State Linguistic University, majoring in Theory and Methods of Teaching Foreign Languages and Cultures. She has lived and worked in Russia, Germany, Indonesia and India. Currently, she is a foreign language learning leader for Primary at DSB International School in Mumbai. She speaks four different languages fluently and is passionate about non-formal education and new research-based methods of teaching foreign languages to children.

Nita is the Head of Junior School and PYP Coordinator at Bombay International School. She was something of a late bloomer in the field of education; only in her 40s did she decide that teaching was her true calling. Her passion is language acquisition, English Language Arts and service-learning. Nita has taught at various grade levels - middle school and DP included - but she feels most fulfilled in the PYP because she believes that this is where you can see the IB mission statement and philosophy truly live and flourish.

Varsha Agarwal Rodewald - Head of the Diploma Programme at Ascend

Varsha Agarwal Rodewald, currently the Head of the Diploma Programme at Ascend, began his journey with them as a member of their founding faculty in 2012. He has accompanied the school as an educator and administrator in all three IB programmes. A TESOL-certified trainer and Language Acquisition Specialist, he has been teaching English and Hindi to children, young learners and adult learners for over 18 years in India and Germany. He has been a part of the IB MYP Language Acquisition curriculum review team. He has participated in and led a number of workshops related to curriculum design and assessments since he began my journey as an IB educator and leader. He believes that the focus of education needs to shift from the acquisition of knowledge to understanding and transferring this to overcome challenges in real life. In the near future, his goal is to enrich Ascend's Diploma Programme using project-based learning methodologies to ensure that students not only strive for excellence but also thrive as active global citizens. 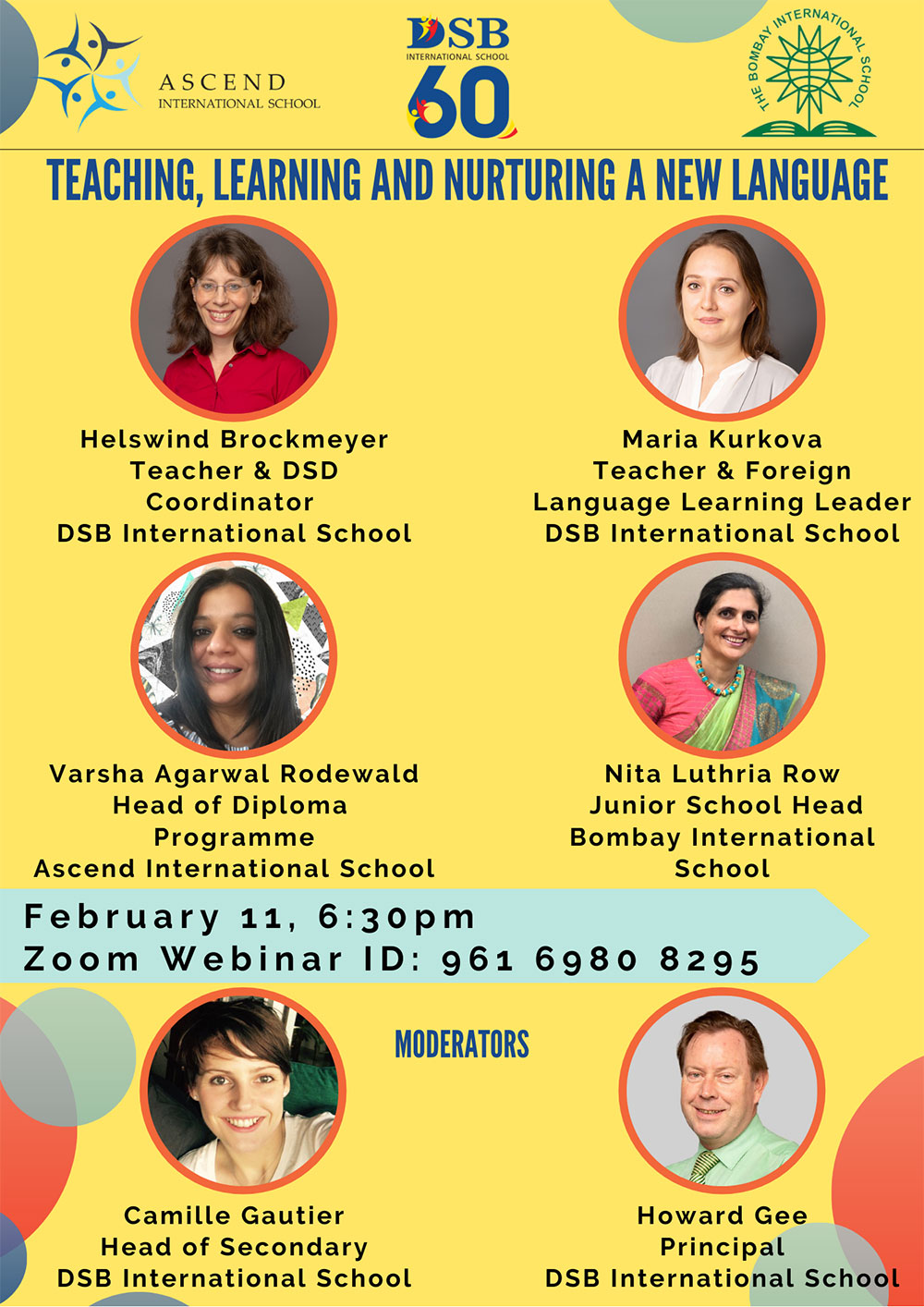